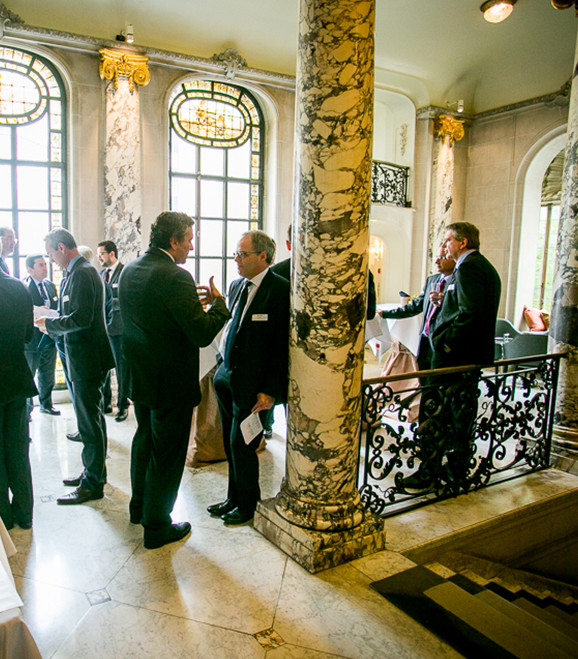 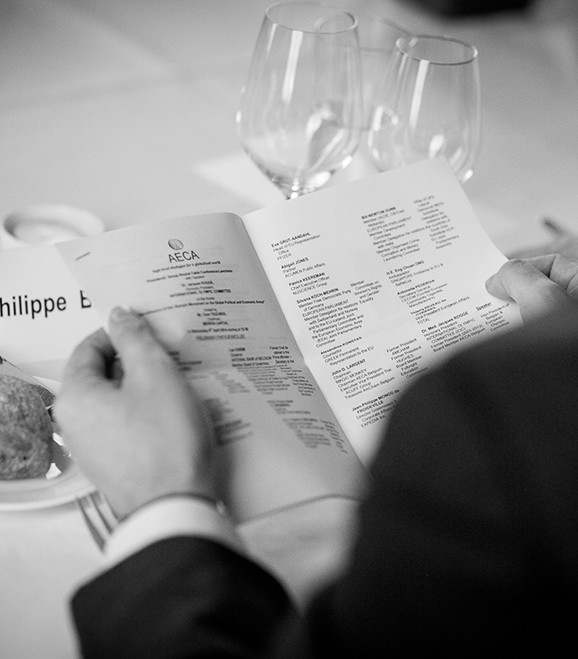 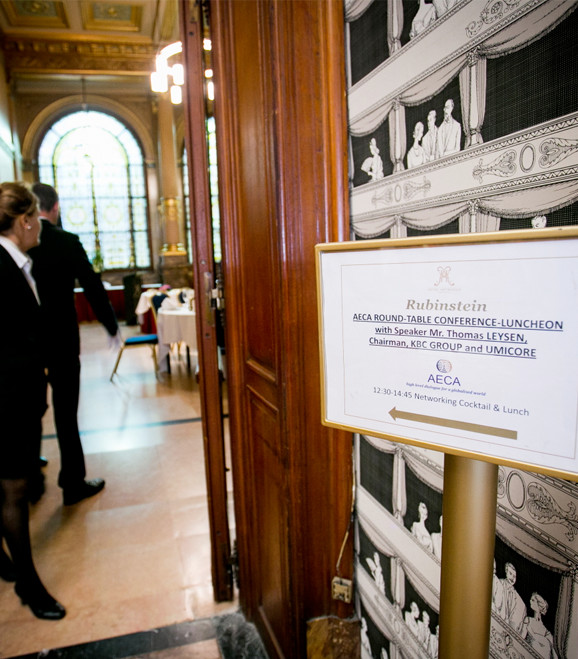 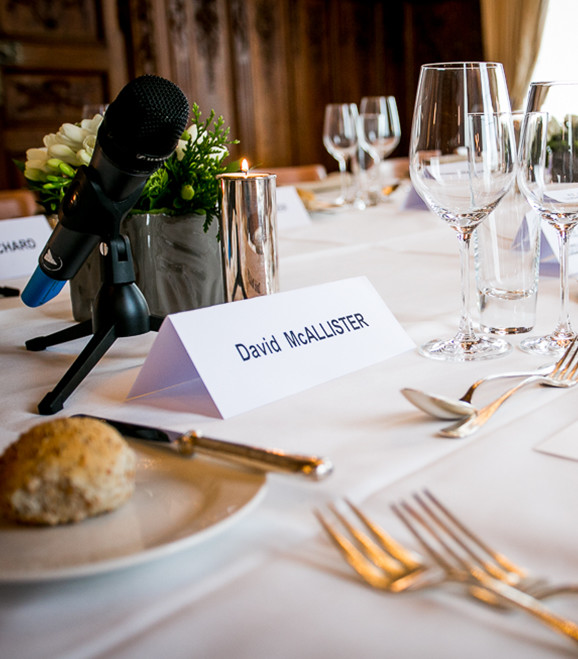 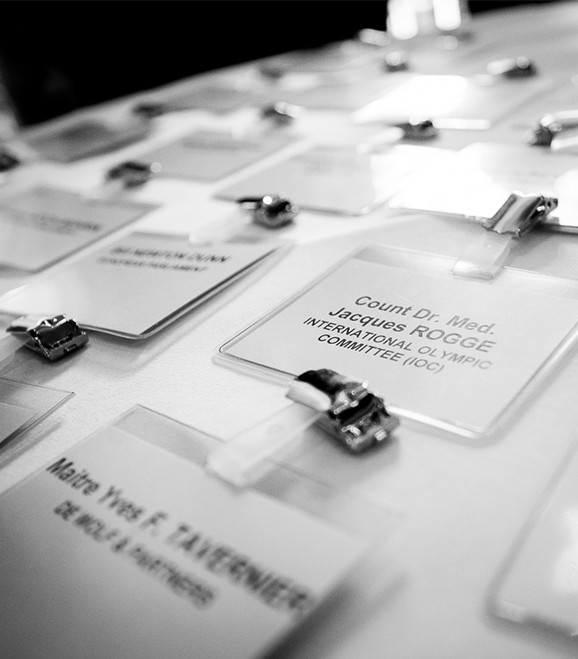 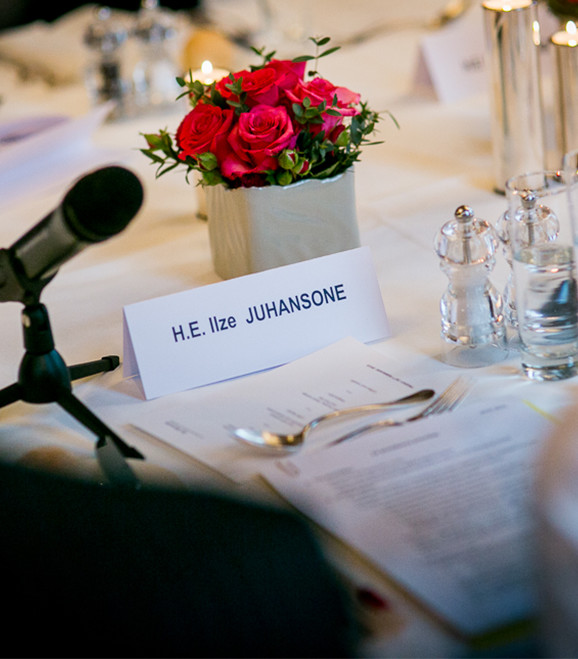 Message from the CEO

Welcome to AECA (The American European Community Association), firmly established at the heart of the European Union as an independent, non-partisan and non-profit International Association. Through its exclusive programme of high-level roundtable meetings, AECA aims to promote better understanding and mutual cooperation in a challenging globalised world. To achieve its mission, AECA greatly benefits from the prestige and support provided by the distinguished members of its Board of Directors and International Advisory Council. AECA is neither a think tank nor a lobbying force. We remain however committed to providing our members with unique opportunities to engage in meaningful, high-level and informed dialogue that contributes to real outcomes for a better world. We look forward to welcoming you soon to one of our upcoming events.

The mission of the American European Community Association (AECA) is to promote and facilitate international cooperation and understanding through TransAtlantic dialogue. Founded as an independent, non-partisan, non-profit international association, AECA provides a neutral forum in Brussels, the political capital of Europe, for senior members of the international business, political, government and diplomatic communities. Through high level dialogue, AECA aims to provide its members with unique opportunities to engage in meaningful debates on a wide range of policy issues that contribute to real outcome for a better world. 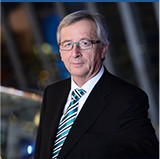 Jean-Claude Juncker
Jean-Claude Juncker,
Former President of the European Commission
“The relationship between the European Union and the United States provides political stability and economic progress. A continuous debate between the two partners, to safeguard this partnership, is of critical importance to the interest of our citizens and the global community. AECA provides a unique platform for such debate. I therefore welcome and strongly support the work of AECA.” 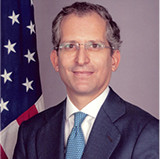 H.E. Anthony L. Gardner
H.E. Anthony L. Gardner,
Honorary Ambassador of the United States to the EU
“Both in my capacity as a U.S. official and having lived many years as a private American citizen in Europe, I know first-hand the important role AECA plays in advancing transatlantic relations. By bringing together Americans and Europeans from different backgrounds and fields of expertise, you build bridges between our continents and further understanding between the peoples of the United States and Europe.”
Tribute to Dr. Jacques Rogge on behalf of the entire AECA Board and Membership

Count Rogge was a great world leader, a wonderful person and a strong supporter of AECA. Measured and unpretentious, he described himself as a “sober” leader and a team worker.

We were very honored to have Count Rogge serve on the AECA Board of Directors from 2013 to 2019, after having participated twice as a guest speaker on the AECA programme of high-level conference-luncheons. Count Rogge made a memorable speech for AECA members already back in 2002 when he was President of the IOC, celebrating sport for development and peace. He was an equally outstanding guest speaker at an AECA Round-Table in 2014 addressing the theme of “The Influence of the Olympic Movement on the Global Political and Economic Arena”.

Together with all who knew him, we mourn his passing and at the same time hold alive the memory of his legacy of achievements.

Dear Jacques, to paraphrase your own words at the London 2012 Olympics closing ceremony, you have been a role model for the world inspiring a generation of athletes and Olympians by the values of sport.

We’ll never forget your support and friendship throughout the years. We’ll miss you and send our deepest condolences to your family and friends.